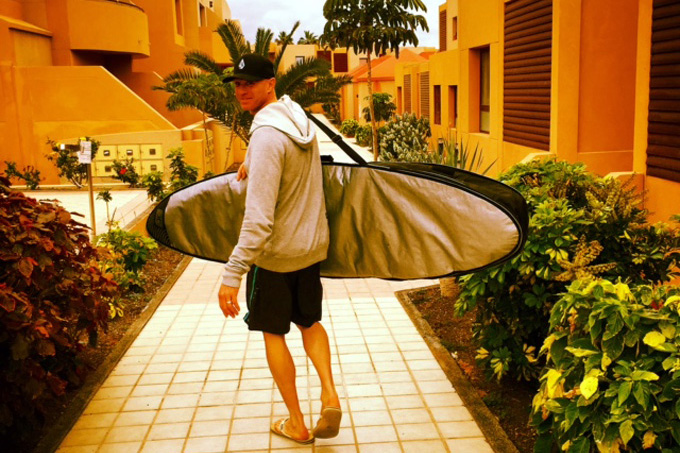 So things seemed to stabilise quite quickly last week after the big snowfalls. With a couple of level 4 risk Avalanche days some of the Slackcountry areas that would normally be tracked out straight away were surprisingly left untouched, maybe the message is getting through and respect for the mountains is growing again!

I decided to treat everything as suspect, the persistent weak layer is under there somewhere and I sure don’t want to be the one to trigger it. I did a few tests and threw one of my guys in over a windloaded convexity on the rope to give a slope a good test before we rode it and still nothing moved?

Very strange, everything that I expected to move didn’t and slowly as the week progressed more and more steep and deep resents started to see some action.

I was running one of my Backcountry Freeride weeks. These weeks are designed for those that have been out in the Backcountry with me before. The guys know the score, they know how to Splitboard and so the only limiting factors are really down to conditions and I had a very dynamic and skilled group of riders who all knew each other to play with.

We started out with some Powder laps up high on the Glaciers at the Grand Montets in fantastic conditions and dreamed of great things to come.

Day 2 saw us hit Le Tour for the day, my first day riding there of the season. We looked at the snowpack and I talked them through some Avalanche awareness, terrain analysis and safety theory to give them an idea of what I am looking out for and what they should start to be aware of. We then started to work our way slowly out into the backbowls, testing and building our confidence in the Snowpack as we went. I was very surprised to find that not one had been up onto the tete de Balme to access the Backbowls behind the Allouette and after a few runs nearer in to build confidence we headed out there.

By the time we got there a team had just dropped in and so we waited until they where completely clear of the slope just incase it released as we rode it. This is where I threw one of my team, Alex, out onto the slope on a rope to test the conditions. Whilst there some track followers turned up and asked if they could jump on in, to which I replied politely, ‘that no, just as we had waited for the team before us to clear, they could do the same!’ to give them credit they did as I asked and the descent was first class!

Taking advantage of a short weather window, on Wednesday we headed out on the Splitboards to ride from the Col du Lac Noire. I opted to boot pack up to the first Col at Col Cornu as from there we would make a descent down the back to avoid a dangerous traverse across to the col du Gliere. Boot packing turned out to be a bit of a waist deep mission and in hindsight we probably should have just split it.

It gave me a great work out anyway and with the time saved over a double change we probably arrived at the bottom of the second hike at the same time as if we had Split and were bang on time.

The second hike up to the Col du Lac Noire was also a bit of a work out, even with the Splits it was a knee deep plough session but if you’re hiking through deep fresh pow to get to your line there’s a good chance that you’re in for a seriously good descent.

After about an hour and a half we arrived at the Col and prepped for the descent. It looked amazing, but had a huge convex bulge of windblown snow capping the entrance to the slope. I found away to get around it and we dropped in one at a time to score some serious Powder glory.

Thursday we headed over to Courmayeur, the weather was in and out, but again we scored some seriously deep fresh tracks down the WFT face and couloir and then a perfect hit off the top into the Val Veni. We finished off with some steep and deep in the trees down to the valley. The snowpack lower down in the trees was lacking some depth, but its getting there.

Friday started off clear and I got up early and packed for a day off the Midi. As the morning progressed the wind was looking strong up high so I hit plan B and aimed to the GM for a couloir Rectaline descent off the top bin.

We started out up high with a steep warm up descent off the Belvedere cable. The wind suddenly changed direction and we got caught in a full on blizzard during the descent and so after the steeps we escaped around to the front face to find some great lines down the rechasse. The top closed for a while and we made do with some inbound lines in Lavancher until it opened again and I scored priority on the second Bin of the new session. This time we turned right at the bottom of the steps and then headed left of the Rognon through the serracs and crevasses to score a final descent of perfect untracked powder before continuing all the way to the van in a leg burning non stop 2000m vertical drop.

And so ended a pretty much ‘perfect week’…

As for the conditions and how things are developing?

During the week I have seen reports of a few serious avalanches, all triggered by the skiers that were caught in them, but for the most part these seem to have involved more recent wind loading and not the deep layer that has been plaguing us in recent weeks.

I’m still going to treat everything with caution of the persistent weak layer and stick to my terrain analysis safety model.

My next scheduled course of the season was Kashmir, a long time favourite of mine, but this year things seem a little hotter than usual near the border with Pakistan and so after some consideration I decided to cancel this trip and on Saturday morning family McNab left the building and headed out for a mid winter Surf trip instead…

I am pleased to report that the Surf 10 mins from our apartment at Playa Blanca was pretty decent this morning and that I scored the best rides I’ve ever had (this unfortunately doesn’t mean that much) but it just feels so f**king good…Less than 10 seconds of pure power but it compares to 1000m of perfect pow!

You've got to love this shot, it says it all…Blue skies, perfect snow, high peaks,…

Inspired! It’s been just over 1 year (1st August) since we up rooted our selves…

The Snowline is getting lower...winter is coming!!