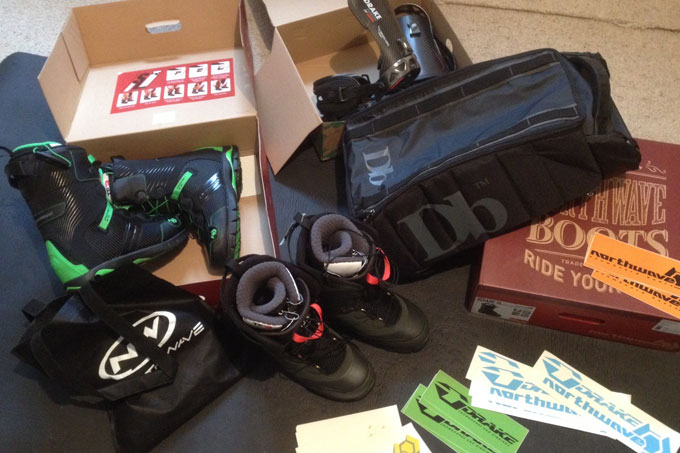 2 weeks of sunshine and perfect waves and I now feel ready for some Surf de Neige…fantastic, I’m so looking forward to my first slide and it looks like we’ve some snow coming in the next few days! Things have changed massively here in the valley since I left 2 weeks ago, Autumn has flown through and winter is fully in the air…

On my way home I stopped off at the London Ski show were I did some Chatty stuff on the stage with MC maestro and ex Snowboardd supremo Mr james Thorne. James used to coach for my Kommunity Camps 20 odd years ago. It was nice to be at the show for a little while to catch up with everyone and see what everyone is doing these days. I’d not been for a while and it was interesting to see how everyone from that first wave of Pro riders are finding their niches and working things out and becoming integral parts  in the industry.

I finally met up with the UK’s finest Jenny Jones, (another Kommunity camps protege) . It was the first time I’d seen her since her Olympic success as I missed her celebration party as I was away Splitboarding in Kygyzstan (so only Ruth went to represent). It was good to see Jenny, she’s mad busy with superstardom but is looking to come out and get some Splitting done this winter and has an open invite to join us on courses this winter, if we can ever get her off the Telly!

I had a funny moment at the show when I walked down one of the isles past 2 guys who were chatting and looking at something on the floor. I walked by in a morning daze heading for a coffee and felt my foot myself stand on something. I did that thing were you try to go light but it was kind of to late (me being 90kg and all that). The guys kind of looked a bit shocked and I was as apologetic as you can be when you’ve just stood on the camera drone that they had just landed infront of me on the floor. ‘Shit, sorry have I broke it?’ I asked as he picked it up, bending it back into shape saying ‘No. it’s ok, look just a little bent here and these are meant to twist look’. ‘Phew’, I said as I walked off again heading for coffee only to catch sight of the drone taking off and heading 90 degrees to the direction it was supposed to go at about mach 10! Not sure if the guy bought one or not, but you had to see the funny side of it!

The Ski and Snowboard show seemed pretty busy and there was a good vibe around about the coming winter so it looks like a good revival for the Snowsports industry is underway.

Back here in Chamonix, my new winter kit is starting to arrive.

I’ve just received my new boots from Northwave (Domain and Decade SL), which are the best Freeride boots going in my opinion. I also have some fancy Carbon Drake bindings to try and scammed a fancy new travel backpack from Douchebags which is really nice

I’m just working my way through the Ortovox wish list catalogue, my Sweet protection kit is on the way and we have the Jones 2015/16 season kit meet coming up soon.

It’s all full speed ahead to the first winter courses in Tignes which kick off in about 4 weeks time!

Another week Guiding in the Chamonix backcountry…

So things seemed to stabilise quite quickly last week after the big snowfalls. With a…

Deep in it Splitboarding in Kashmir!

Skinning home after an epic day riding the Karma forests in Kashmir. This is some…