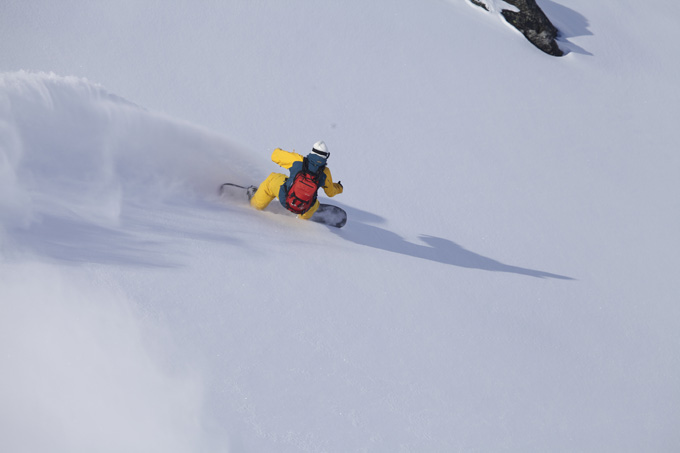 I’ve been getting quite a few questions about the stability of  Snowpack and the increased Avalanche risk this season.

I repeat, I am by no means an expert on any of this but if my answers can help someone make the correct decision out in the BC this season then I’m happy to post them here. If you find them useful please shre them with others.

Here are my answers to some recent Questions…

Questions:
-I just wanted your opinion on why there have been more deaths so far this season
-Whats happening with the snowpack.
– is it safe / when will it be safe?

My reply:
The early season snowpack has suffered some pretty strange conditions through November and December and even into January with both super mild and freezing conditions. The snowpack was very thin, (shallow) and so atmospheric conditions affected it really quickly, a thin snowpack is affected by what is termed a strong temperature gradient, both positive and negative, and this created faceting of the snow crystals and depth hoar. The snowpack was also affected with a weak freeze thaw layer or surface layer which is easily broken, collapsing onto the weak crystal layers underneath. On top of all of this, every time that it snowed in the early season it was accompanied by severely strong winds and so these weak layers became covered by a firm layer of windslab, firm enough to propogate external loading over a large area on top of what is termed a ‘persistent weak layer’ underneath.

All in all, we have the perfect conditions for Avalanche and these conditions will continue now until the weak layers melt out or collapse.

On top of this, after a slow start to the season you have a growing population of media fuelled Freeride crazed Backcountry enthusiasts (Freeride is the new Black) that are eager and impatiently waiting for things to come into condition. So as soon as things started to get enough snow on them to allow access it was basically open season to go get avalanched.

We now have what is termed a persistent weak layer in the snowpack. Over time and with further snowfall things can improve, but unfortunately it is impossible to predict where and when this weak layer will collapse and cause problems.

In most instances it will be linked to windloading, warming, and steep slopes without natural anchors or features that naturally break up or support the tension in the snowpack exerted by gravity and external loading.

This season we simply have to make the conclusion that everything is affected by the weak layer syndrome and make terrain assessments and safety choices  based upon this.

When will it be safe?

Eventually these weak layers will melt out in the spring. Unfortunately they are so near the base that it is likely that before they do so the layers will collapse under the increased mass of a warming snowpack and they will slide from the base.

Colder North facing slopes will keep the layers for longer due to the colder temperatures found there. These are the slopes that get skied later in the season as people head out looking for colder snow in spring and so unfortunately we can expect some problems from this later in the season into the spring touring period.

All in all its not a very good prediction from me…but then I am by no means an expert!

It seems a little strange to be writing a blog about, the Winter so far,…

Latest News from the World of McNab…in Tignes…

So what's new in the world of McNab? Well my season is off to a…

Hi! I saw your video about testing a Jones Hovercraft 164. I am buying a…