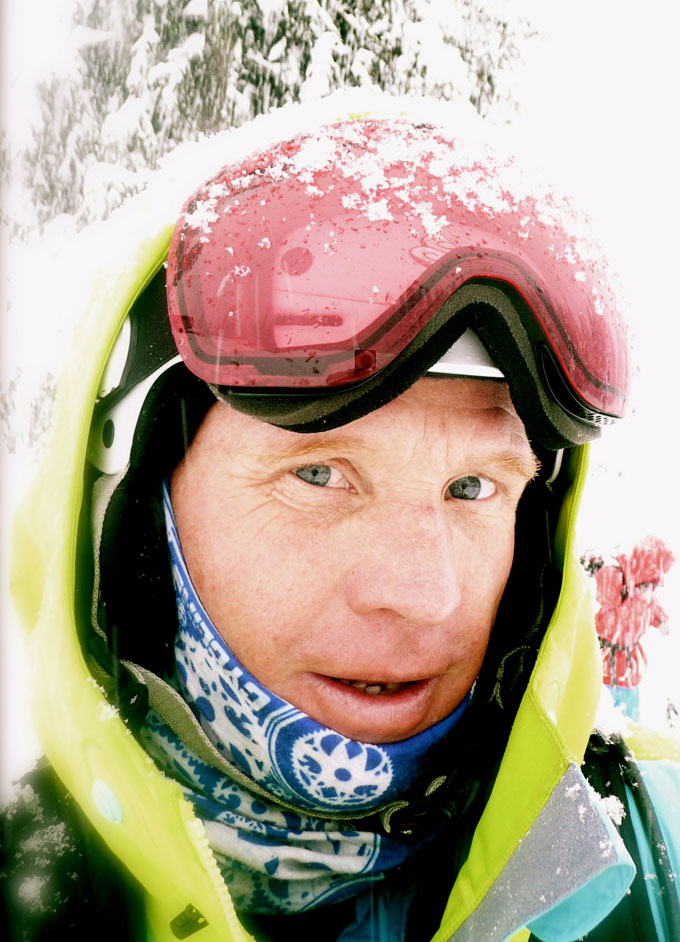 So it continues to snow up high, from about 2300m upwards is starting to get good cover but below that it’s been mild and after last weeks big dump it’s disappearing fast. The winds have been from the South West so it’s been snowing over on the Italian side a bit more than this side and Cervinia has good cover at the moment and is open for business along with its link to the Glacier runs above Zermatt.

The old and wise locals are predicting a big season, apparently there is a lot of Mouse activity and this signals a lot of snow coming! It might just mean that those old locals live in mouse infested dwellings as I’ve not personally seen any increased activity and the cats don’t seem overworked and spend there time lazing in front of the fire. I’ll go along with local folk lore for now though and if I suddenly see an influx of Mice moving in I’ll let you know and you can start looking for the winter Snorkles.

Our very own Snowboarding superstar and Olympiad Jenny Jones just mailed me to ask some Splitboarding questions, a 147 or 156? She normally rides a 147 but as when we go Splitboarding we generally hike up to ride big powder descents and Freeride in bigger terrain, I’m suggesting the bigger stick. Basically, no one goes Freeriding on a 147 Jenn, it’d be embarrassing!!

Jenny is hoping to join us for a few days on my Slackcountry Splitboard week in Tignes 15th to 19th of December. It’ll be great to catch up and ride with her as its been a long time!

Places are still available for this course, so if you fancy some early season Freeride and a little Splitting, plus a shred with the prettier Jones, give us a shout.

Talking of Jones’s, after my first week in Tignes, I’ll be driving back to Chamonix to meet up for a shred with the other J Jones and get a quick look at the 2016 Jones quiver…

December is looking like it’ll be a lot of fun!

We also just had out first 2016 booking enquiry?

That’s about it for the moment…the running is going well, 10K again yesterday, this time in the rain but I found out running in the rain is a lot nicer than cycling in the rain and it was quite nice and cooling…For a while anyway!

Avalanche safety…What to do in the event of an Avalanche!

You’re standing at the top of the run, watching your mate kick up some big…