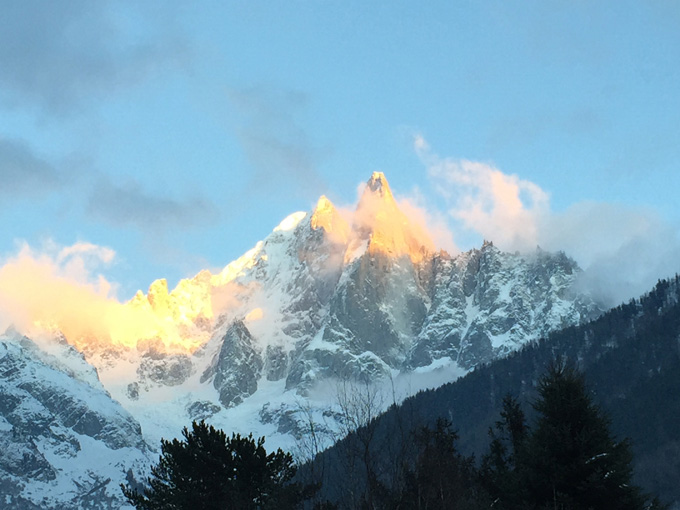 Our thoughts go out to those who they left behind, friends and family.

Within the last six months at least 5 prominent figures pushing the sport of Big Mountain Freeriding on both Skis and Snowboards have died in Freeride related incidents.

All were experienced mountain users at the top of their sport. They had the knowledge to err on the right side of caution, they knew how to read the signs and were known to be more cautious than most.

These two latest terrible incidents join a long list of many others that have occurred already this January.

Conditions in the mountains are somewhat unpredictable and accidents happen!

Are these latest unfortunate incidents simply a product of the law of averages, that as more and more people are drawn into the Backcountry of the High Mountains and technical ability allows us to access and ride steeper and more exposed terrain more accidents will occur or is it that as the Sport of Big mountain Freeriding gains in popularity and races forwards, attitudes towards safety in the mountains are changing?

Today everything is possible!

We can get into the mountains quicker than ever before, we have more knowledge than ever before and access data and pin point where to be and when to be there in order to catch the fresh steep snow the day after the storm pretty much any where in the World.

As access to serious Freeride terrain and travel to far off lands becomes easier, as equipment adapts to our needs and wishes and more and more people enter the beautiful but serious World of the High Mountains, are we not forced to ask ourselves where all of this is heading and perhaps more importantly, how are we getting there?

I look back to the times where the rule of the mountains was, ‘leave them for a day or two following a big storm, let the mountain have its day’ and it makes me wonder if today something, is missing, forgotten or maybe brushed aside in the race to get there first to score the steepest lines and get the freshest tracks?

Our environment seems to be changing, temperatures fluctuate day by day, one day its mid winter, the next its spring, lines that once were are now no more, some simply melted out of existence.
Exits from couloirs or lines off the end of Glaciers change every year and yet the Guide books might still list them in the more favourable conditions they were to be found in even a few years ago!

But life in the Backcountry is changing!

Today, Backcountry Freeriding is more popular than ever, and with all the media and movies that popularise it, the entry point by which people ‘start’ their Backcountry journey (along with their expectations) has become greatly elevated.

Today’s newcomers to Chamonix and to the Backcountry, expect to tick off the steep lines, that they have read about or watched, in their first season in the valley.

It doesn’t matter that they have no idea about how these lines might have changed since they were first ridden or how long the first protagonists waited for them to come into condition?

The World of Backcountry Freeriding is changing very quickly, racing forwards as quickly as the rush for fresh tracks on a powder day and so my question is are some of the important lessons of the past being forgotten along the way?

I lost one of my best friends in an Avalanche some years back. It was a difficult time as we went through  the whole…’well at least he died doing something he loved’ routine to justify the loss.
I often think about what life would be like if he were still around and whilst ‘yes, he died doing something he loved’, he still died and is no longer with us and our world that would be better with him in it, goes on with out him.
One of the things that made him who he was, his over enthusiastic drive to get out there and do things, was unfortunately in the end to also be his downfall.

But ‘we can learn from them’ and I like to think in his passing a valuable lesson was passed on to a future generation of mountain enthusiasts.

Yesterday then, as I took the cable car up towards the Helbronner on one of the first truly beautiful days of the season, an abundance of deep fresh everywhere, on my way to guide my group down Glacier Toule, were the warning signs not also there for us to follow?

Lets start with the obvious, we know that the snowpack this season has been very bad so far.

We also know that with every snowfall so far, except perhaps for this last one, there have been gale force winds up high in the mountains.

Wind slab loading onto sheltered slopes on top of an already questionable snowpack must surely start to set a few warning bells ringing?

Add onto this a substantial depth of fresh snow and warming temperatures and the bells must now be quite audible?

Now add some very steep terrain into the mix and surely the scales are well and truly tipped in an unfavourable balance?

I am by no means an expert in all of this, I studied to be a guide and have lived, climbed and ridden in the mountains for over 30 years.

I have worked as a mountain professional for 20 of these years and yet, everyday, I feel like I am starting a fresh.

Everyday, I am learning from the mountains, assessing the conditions and trying to make sensible and safe decisions.

I love riding down mountains.

For me Snowboarding is all about feeling. It is about the power of the curve, the carve, the slide, the slash, the cut back.

Its about the feel of gravity pulling, the drop into the fall line, the acceleration, the speed. It’s about surfing the mountain, carving the banks, snapping the lip and cutting back through the white curtain of powder that you have released from gravities grip.

Snowboarding for me is about flowing with the terrain, any terrain, all terrain. It is about exploring the endless possibilities that each and every turn can give, every drop, every single descent.

Snowboarding feels the best when the mountain is a blank untouched canvas on which to create our art,

With nothing before us, no tracks to follow it becomes a form of expression, an addictive progression and as the progression develops, the snow gets deeper and the terrain gets steeper and our journey takes us away from the controlled environment of the patrolled mountain and suddenly it is no longer just about the ride.

Now we are playing in the heart of the untamed mountain and we must learn the rules of the game all over again. Rules that have been forged through time and experience but are easily overlooked, ignored or simply brushed aside in the race to get out there first?

The lure of deep untracked snow lying over the mountains finest and most challenging features is a massive lure and once tasted, the addiction is strong.

As more and more people hear the call of the Backcountry, the search for the freshest powder, the untracked faces, the unridden lines takes us deeper into the heart of the High Mountains and takes us there quicker and sooner than ever before!

The race for first tracks on the finest lines is becoming more and more competitive and now if you were to ‘let the mountain have its day after the storm’ you’d be riding tracked out faces, listening to the stories and looking at the photos of how good it was yesterday, ‘when you should have been there’!

And if you’re not there first, someone else will be getting your lines.

The pressure to be out there first is strong!

Like in every sport, the guys at the upper limits of the progression are the driving force behind everything…

They are out there forging the progression and setting the standards for others to follow. They are making the new rules and pushing the boundaries of what is possible and what is not and those possibilities that they leave are then the opening doors for those that follow…even if they were left closed by the previous leaders for apparent good reason.

And the progression is rapid, things are moving forward fast and the margin for error is getting slimmer and slimmer both technically and in terms of getting the right conditions at the right time!

New and more extreme lines are being pushed…and yet the conditions in the mountains, in general, are deteriorating.

The steep North faces are no longer plastered in deep ice and neve.
Where once you could ride through the narrows on faces, you now need ice axes, ropes and crampons.
The last snowfall now lies on rock and granulated old winter snow, it melts fast and slides quickly as the temperatures rise.
But the window of opportunity is tight and if you don’t take it, you might miss it for another season!
The mountains are a beautiful and inspirational place to play.

Accidents happen because the mountains are often unpredictable, but  maybe we need to learn from the past and to take these lessons forward.

I think back to last Friday…a beautiful day, the first or second real blue bird powder day of the season.
40cm of fresh on the Italian side that fell for once without wind.
Although it is one full day after the storm, Thursday was a little cloudy and so with clouds hovering over the peaks, although things were ridden they didn’t get to badly tracked and the game is on!
It is probably, the first real mountain day with incredible conditions.

As I headed around to do one run on the Glacier Toule before the window of safety would close due to warming, I watched the groups of experienced skiers and Snowboarders head around towards the steep exposed slopes of Glacier Marbree.
It made me question whether, had I not been working, might I have been apart of this raid to the steeps?

Might I also have been drawn by the tracks and confidence of others?
Might I have found confidence in the group of experienced big mountain riders, enough to ignore the signs that were perhaps blazingly obvious?
Its a question that I can answer easily…maybe in my younger days I might have?

But my circumstances are different now…

I have family that I love and that love me back!

I have more mountain knowledge than I ever possessed before and the more I learn the more cautious I become.

I have less ambition to push the limits…

And yet I enjoy the ride more than ever before!!!

I’m just trying to say that before you take the drop, you should seriously question the possible outcomes and waver to the side of caution…maybe a little more than before.

The Times they are a changing…I’m not judging…I am questioning?

The 2016 course calendar is online!

The New 2016 course calendar is now online! I’ve a couple of finishing touches to…

Who has the best job, the pilot or the Guide?

I often wonder who has the best job, the Heli pilot that drops us off…

Inspired! It’s been just over 1 year (1st August) since we up rooted our selves…